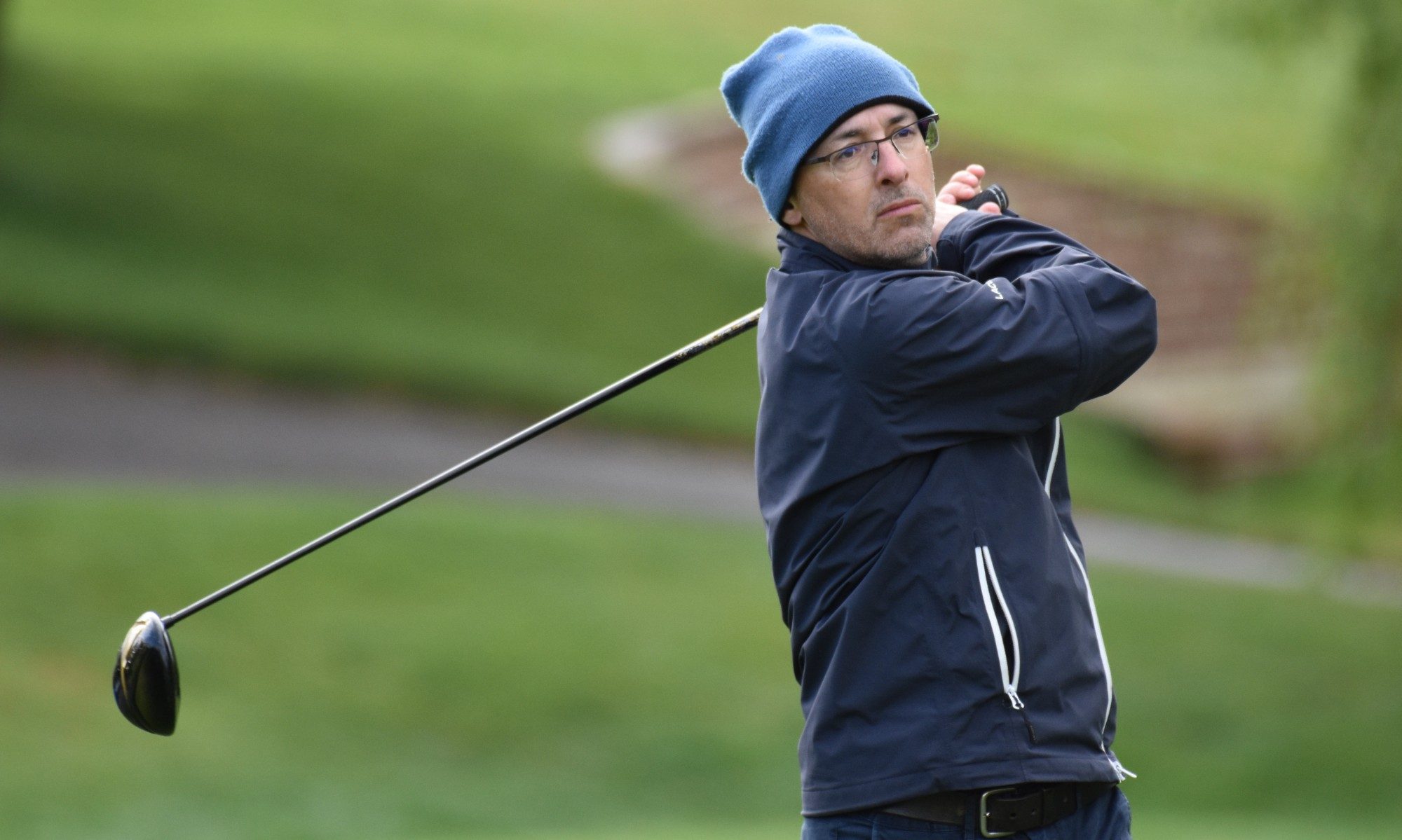 I had a friend who told me “come with me. I’m going to go for a holiday and we’re going to spend the week with a half day with golf and a half day at the swimming pool with the girls” so I said “wow, sounds good. At least for the afternoons.” Actually it went pretty good with both things. I learned to play golf and I met my wife. Who is Pierre Dumas?

My name is Pierre Dumas. I live close to Paris in Etiolles. That’s where I play golf, my golf course. My index is a 17.8. I don’t know how to say this in English, but basically I have got a short arm and an atrophied hand.

How did you start to play golf?

I had a friend who told me “come with me. I’m going to go for a holiday and we’re going to spend the week with a half day with golf and a half day at the swimming pool with the girls” so I said “wow, sounds good. At least for the afternoons.” Actually it went pretty good with both things. I learned to play golf and I met my wife. Well, golf is a lot actually. It’s the school of life and I am even writing a book about it, a book where you can learn the three lessons of golf, which are pleasure, reality and presence.

When will we be able to get this book?

You know, everyone has a book in progress. No one ever finishes it, so I can’t promise anything, but it’s one of the objectives of my life, with playing golf.

Well I hope I can get one of the early copies.

You will. If there is ever one. What’s been your best moment in golf so far?

So far, the first time I played under ten handicap.

Do you have any specific challenges when you play?

Yes, actually yes. I recently changed my stance. I’m playing with a baseball stance now and it has just dramatically changed the way I play golf. Over the last two weeks I have really tried so it’s making a good difference, but I’m not yet used to it.

So what improvements have you noticed because of that?

It’s just that my whole swing is much more natural, very soft and more powerful, but it doesn’t look more powerful. It looks just smooth. I watched you hit some shots yesterday and I was very impressed.

I was playing with the baseball stance and that’s very new. I tried it a little bit last year, but I forgot it and then I restarted doing it two weeks ago and it was just magical.

This is your second EDGA tournament, are you ready?

I once qualified for the French team to play in the Netherlands it was fantastic for emotions, being on the French team, but totally catastrophic for my score.

Most of the golf that you play, you play with non-impaired players. Do they give you any special treatment?

Yes they do. They give me more cheerings. I just play like them, but I get much more bravos. That’s the treatment that I get. Is there any advice that you would give to somebody who has a similar impairment to yourself who would like to start to play?

Well, I’d give them the same advice I would give to someone that doesn’t play golf already. I would say it’s a great sport and very challenging. It’s a sport, not just a game and it’s the only sport that you’re going to play until you die so it’s a great thing because it’s going to keep you in shape and you’re going to enjoy it until you can’t play anymore.

Do you use any special kind of golf equipment?

No, actually my golf set is the first set that I got, which was a present from my family-in-law and I know I should be having a fitting, but we will see with that.

Finally we’re at the beginning of the 2015 season. What are your hopes and expectations for this event and for the rest of the year?

I really would love to get back on the French team. That’s my hidden secret objective but don’t tell anyone please!