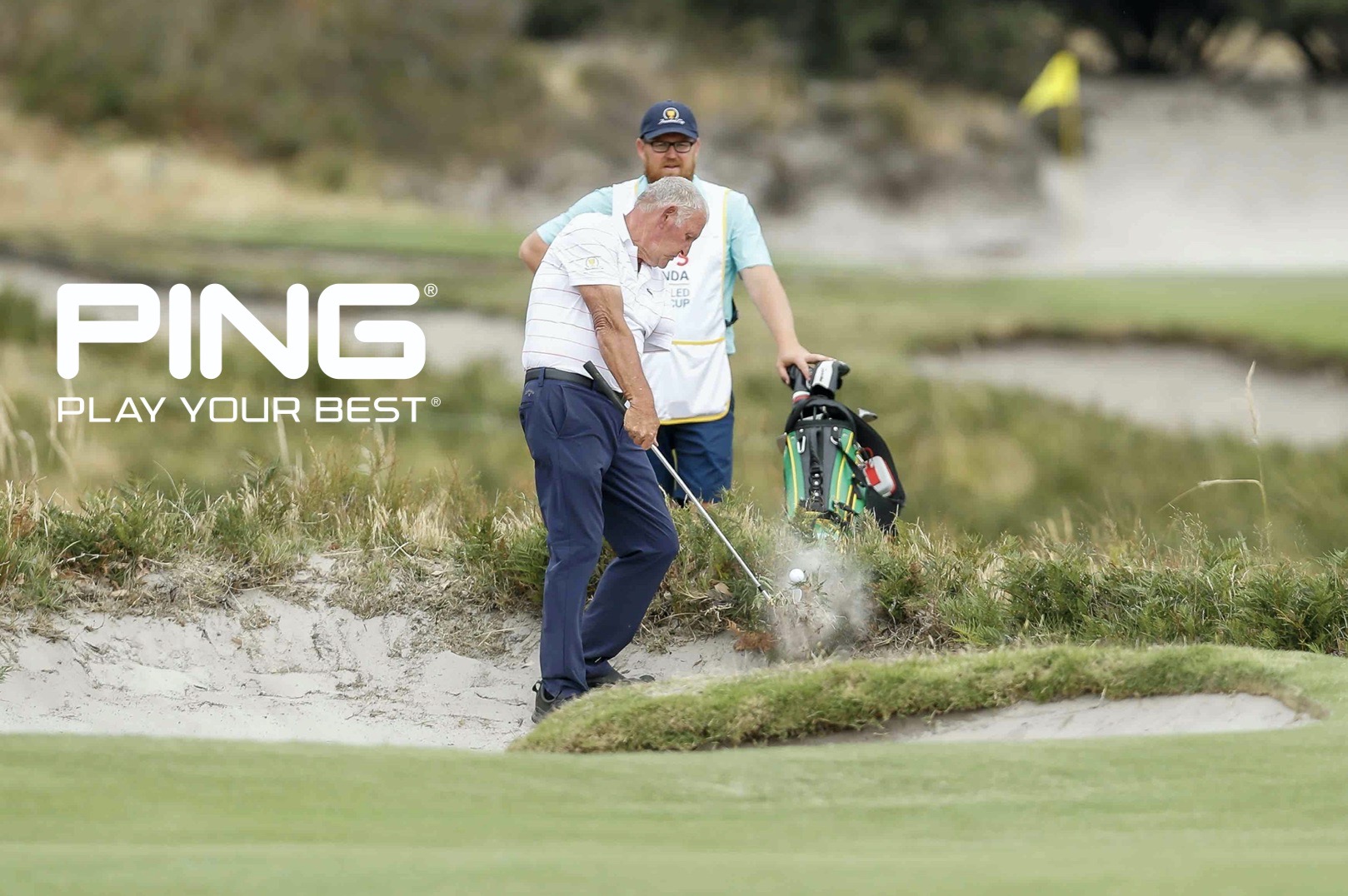 “It was an old pole that had split down the middle. It was then the wire fell down, hit me and stuck to my watch on my left arm.”

Listen to the story of Tony Coates who was talking with EDGA’s Tony Bennett.

Tony Coates is the epitome of a straight-talking Aussie who has taken the cards that life has dealt him in his stride. However, his laid-back approach to life masks a fierce determination to make the most of the opportunities that he now sees opening up in golf for the disabled.

At almost 63 years of age, Tony feels like he has a limited amount of time left at the top end of the sport. But with his ‘have a go’ attitude and approach to staying in the moment, don’t be too surprised if he is still competing for titles for many years to come.

It is worth remembering that two people born at the same time, in the same place, to similar families, can turn out to be very different. In part, due to nature, the genetics influence amongst other things, both physical and personality characteristics. The other element is nurture, the environmental variables such as where and how we were raised, the relationships we form and the experiences we have. Although our genes are set, and our early upbringing is somewhat out of our control, the experiences we have shape and polish each and every one of us. It is said that “the stones in the path of the water give the stream its music”.

If Tony were to be a music genre, then we would hear a soothing chillout rhythm that calms the mind and soul. When speaking with Tony, the overwhelming impression is that nothing overly bothers him and that he has learned to go with the flow. Typically, when Tony first played golf, he simply used the clubs he could get his hands on, “We were only kids. I think I might’ve been about 15, 16, somewhere around there. I played once with a right-handed player and once with a left-handed player, and so theirs were the clubs I used.” No drama, no-nonsense, just get on with it and ‘have a go’.

Growing up Tony played a good range of sports, including Aussie Rules Football, Basketball, and Squash. Although golf was not something for him at the time, the experience he had enjoyed from either side of the ball had been logged somewhere in his memory.

Tony was ready to start work, “I did my apprenticeship and was working in the electrical trade, playing a bit of footy, and other sports as well. Life was going along pretty well.” A relatively minor car accident in his earlier twenties turned into a life-changing event. Tony had collided with a power pole, but at such a slow speed he wasn’t even injured. He got out of the car to assess the damage to his vehicle and to the pole. “It was an old pole that had split down the middle. It was then the wire fell down, hit me and stuck to my watch on my left arm.” A surge of electrical current coursed its way through Tony, picked him up and flung him forty metres along the road.

“A few days later, I woke up, and a couple of days after that, the doctors told me that they couldn’t save my arm. It had swollen up, probably about three to four times what it normally would be. They decided to slice it open with a scalpel, with no anaesthetic, and told me to let them know when it started to hurt. They just opened it up, the blood vessels weren’t pumping any blood, and so the decision was made to take it off.” Tony doesn’t have much of a recollection of the operation. Heavily sedated, he simply remembers waking up without his arm. Then the process of seemingly never-ending skin grafts began. Tony would soon enough find out about the shock that would compel him into a new life. A life to be navigated not only with a high arm amputation, but also the loss of a third of his right leg and all the lateral stabilising muscle it contained. “They said I might struggle to walk, but I told them that it wouldn’t stop me from walking.” All told, Tony was in the hospital for a couple of months but within two weeks of leaving he was swinging a golf club.

Those soothing rhythms gently come to life again through Tony’s words as he explains his thoughts in the immediate aftermath of the amputation. “I didn’t really know what was going to happen, what I was going to do. How I was going to do things like tying shoelaces. That sort of thing. I didn’t get angry, but instead just thought, well, I’m going to have to get on with it somehow, so let’s start now.” Calm and cool, but bloody-minded and determined. Tony’s ‘have a go’ attitude had once again come to the fore illustrating just how he faces life. “You have a go, if it doesn’t work, try something else. It’s no use sitting back and just doing nothing. You’ll never enjoy life. Get out and have a go.” The refusal to accept that he wouldn’t walk made an enormous difference and allowed him to get back to some sort of normality. “My brother Kerry grabbed a golf club and said, ‘Come over to the park and we’ll go and hit a few balls.’ I said, ‘I don’t think I can do that,’ but he was persistent. So, we went over and started having a few swings. It wasn’t too successful for a little while. Then I started hitting a couple of decent shots and started feeling good. The more I hit, the better I was feeling.”

It wasn’t long before Tony would start going out a couple of times a week for a game, and he loved it.  Golf became his passion, and it was a great way for him to get back into the social aspects of things. “Actually playing, you meet so many people, and it gets you back into life, so to speak. That got me into playing cricket, basketball, and squash again. Because then I had the confidence to be around people and it wasn’t such a big deal to play sport in front of other people.”

Playing in competitions and demonstration events at Tour aligned tournaments such as the 2018 World Cup of Golf and the 2019 Presidents Cup, have been an incredible experience for Tony. Mixing it with the younger guns has proven to be just the motivation he needed to get out to the practice ground. “There’s getting to be a fair bit to play for. You’re getting to play with the most elite golfers in the world, on the best courses in the world. The courses are always set up pristine for those events. How could you not like or enjoy it? It’s just unbelievable.” Although Tony recognises that the younger guys have the advantage because of their strength, he adds with a wry smile, “The older guys are supposed to have it in their head, aren’t they?”

Golf has taught Tony that each person is unique, and that golf and life have many similarities, “I say that when you play a bad golf shot, you’ve got 10 steps to get over it. I say in life that you’ve got a period of time to get over a situation and to start again. You can’t do anything about the future until you’ve done the present, so you can only focus on that single moment. There’s a time where you’re going to say, ‘Right, this has happened, I can’t do anything about it, but I can affect going forwards.’ This is the time that you are going to start reliving life.” During the Presidents Cup, Tony and the other players visited a local rehab centre Royal Talbot. Tony met a young man who had suffered a stroke and was unable to use his left arm. The encouraging words of Tony made such a difference, “He really wanted to get into golf but didn’t really know how to go about it. I gave him a bit of coaching and a bit of support. He was absolutely stoked, and when I walked away, he could hit the golf ball. I felt really chuffed about that. He was a lovely young bloke.”

A new career as a coach in the offing? Well, perhaps but who knows what is around the corner? It seems whatever life offers Tony that he will take it in his stride, “I take everything as it comes.” Now, where are those chillout beats?