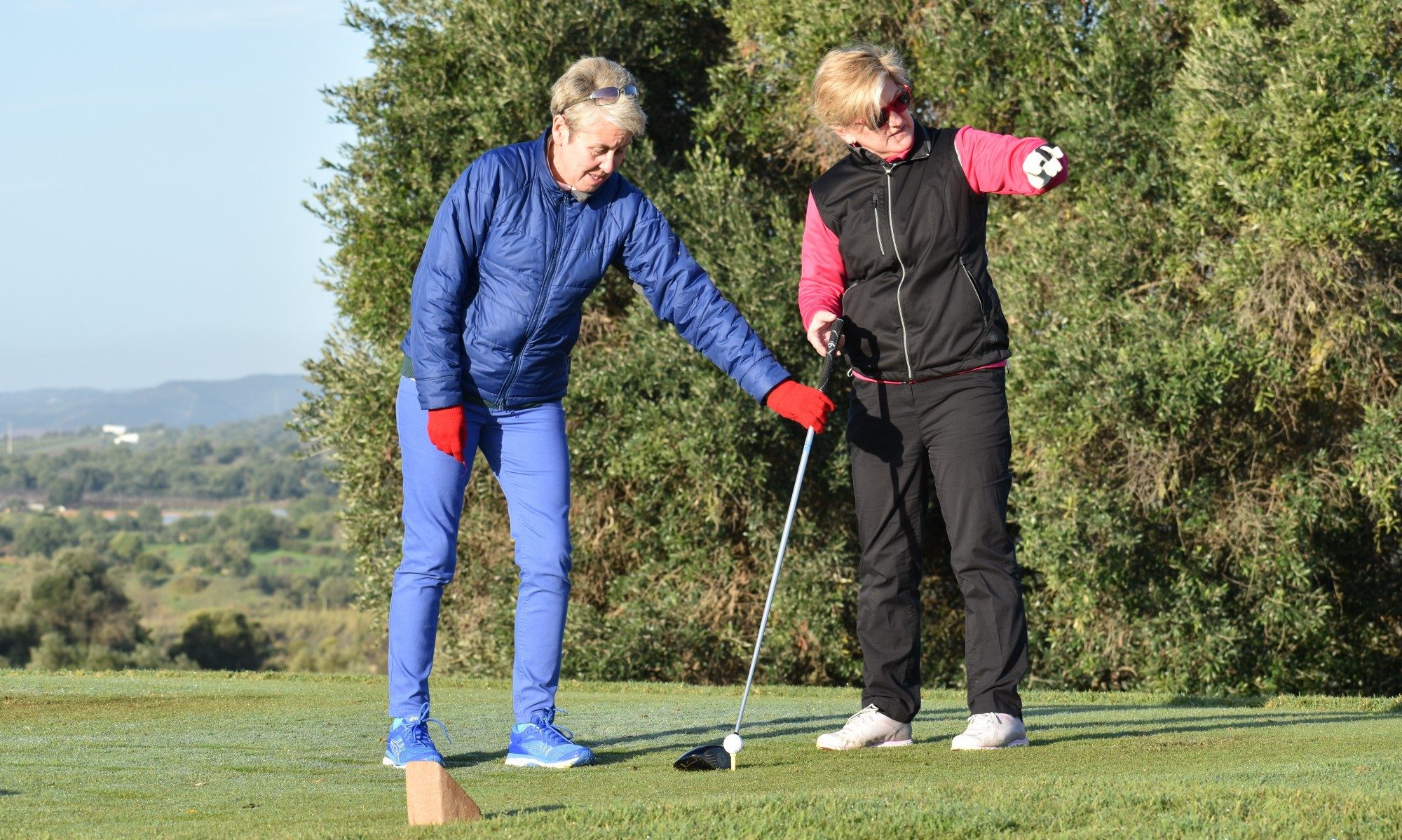 Every parent has faced a decision, a decision the magnitude of which makes them want to put life on hold, at least for a short time. To have the time to gather further information, time to consider all the available options. The world, however, often has a different strategy. Commonly, parents must do the best they can with the knowledge and experience they have at that very moment, and all the while time never so much as misses a beat.

For Peter and Ann, the parents of Dubliner Carol Brill, such a moment came on Carol’s eleventh birthday. That moment had been approaching. But can anyone really be prepared to be told that their early adolescent daughter would become blind?

Peter and Ann had already had to deal with Carol’s hearing loss, “When I was young, my mom noticed I wasn’t speaking properly. I would say brahdoo for bread. She felt that I had some sort of speech difficulty. When I was assessed, it was discovered that I had a hearing loss, so I got hearing aids. There were no speech and language therapies in those days. My mom was just brilliant. She actually taught me how to speak properly. She still corrects me to this day.” By the time Carol had reached ten years of age she had started to notice that her eyes would take time to adjust to different lighting levels, and it wasn’t long before she couldn’t see at night-time. Tests at Great Ormond Street Children’s Hospital revealed Carol had a condition called Retinitis Pigmentosa. “My parents decided not to tell me about my diagnosis. They decided that I would only know when there’s a cure or a treatment.”

For Carol, life went on, “My teenage years were tough because kids poke fun at you, wearing hearing aids. So it was bad enough, and I would always have lots of accidents, but I just thought I was clumsy because I wore glasses and was short sighted.” During Carol’s school years, ball sports were the staple part of most physical education and sport curricula. It was no surprise that Carol found tennis and the UK centric game of rounders difficult. Golf too was off the menu, “I grew up hating golf. I even hated the word golf. I think it was probably because my father absolutely hated golf, and he said, ‘I’m not retiring. I don’t play golf.’ He just figured retirement equals golf.” Ironically golf is now the single most calming influence in Carol’s life. Fast forward to 2015, and Carol’s own daughter Sara started to spend more time at school. Life can all too easily slip by and the realisation that there should be some ‘Carol Time’ has been life changing. According to Carol, it was time to stop being totally focussed on her daughter and time to start having some interesting conversations. “I started to do some research about what sports I could do with my disability. So up came hill-walking. I’ve done that. Up came cycling. I’ve done that. Tennis didn’t sound right to me because I am hearing impaired, so I wouldn’t have been able to hear the bell in the tennis ball. And then I saw golf, and I thought, ‘Well, I’ll have a look at it.’ Because I’m always advocating for people in the visually impaired and the deaf-blind community, I thought, I will research this anyway, just so I can pass on the information.”

Research complete. Time to experiment. Carol’s next step was to find a place where she could give golf a try. She didn’t have far to go as just on the south side of Dublin is the Leopardstown Golf Centre. The course sits inside of the famous horse racing track, and impressively boasts more than 25 golf societies and over 2,000 women golfers who have playing rights at the facility. A short drive later and Carol is at the centre, where she soon notices only ‘lads’ practising with the professional, and quickly follows up with a question, “Are there any girls?” The professional’s response inspired Carol, not because women were learning, but because they weren’t. “Well I thought, we’re going to have to sort that one out, and so that was kind of my primary reason to get involved.”

A few clinics and hundreds of chip shots later and Carol fell in love with the game, “It couldn’t have come at a better time. Because it’s sort of like a physical meditation. You’re standing there, and you’re checking your balance, you’re checking your posture, you’re checking your head. So, you’re developing this self-awareness. What I love about just standing there on the golf mat, is you’re just coming into an awareness of yourself, and it is relaxing. You just forget about everything. All you’re doing is focusing on your swing, focusing on the ball. Not that I see all of the ball, but you have something to focus on that you just forget who you are, what you are, wherever you are.”

Today Carol even uses her golfing thoughts as a way to bring tranquillity into her everyday life. “I was undergoing surgery and was hyperventilating. The surgeon just said, ‘Focus on something that makes you calm.’ So, all I kept doing was pretending I was on the tee box and getting ready to tee off. That’s how I got through that horrific experience.”

It is easy to forget that Carol is visually impaired. Watch her swing the golf club and it is hard to distinguish a disability. During our conversation, I looked intently across the miles through the power of the internet into Carol’s eyes and only rarely was reminded of her condition. Carol describes her field of vision as being like looking through a tiny peephole, “If I’m just standing three feet from a person, I will only just see their eye. I mightn’t see all of their eye. I wouldn’t see their eyebrow or the end of their nose. So, when I’m addressing the ball on the tee box, my guide will put down the club to kind of line me up. I don’t even see all of the club. I scan the club so that I can adjust my position and then focus on the ball. I wouldn’t see the perimeter of the ball. I just see a white blob, and I don’t see the club beside it.” Guides are vital for golfers with a visual impairment. Fortunately, quite a few members at her home club of Stackstown are part of a What’s App group called the Girl Guides. The ladies’ committee set the group up to help Carol get on the course more often, but it is a two-way process, “I can just go into the chat room, message and say, ‘Girls, I’d like to go out next week. Is there anyone to walk with me?’ When I go out with one of the ladies, if it’s their first time, I see that more about teaching them how to guide. I’m trying to spread awareness, and I want to enable more people to play golf.”

Stackstown could perhaps have sat on its laurels as the former home club of three-time major winner Padraig Harrington. But far from it, as the club enthusiastically is determined to make golf accessible for all. By investing financial and time resources, they embody the ethos of a community-based golf club.

Even golf hating father Peter would be immensely proud of how Carol has embraced the game and how it helps her. Peter and Ann devoted many hours to finding answers, raising funds, not only to help their daughter but also for up to nine in every one hundred thousand people that the condition affects. Carol knew that she had some type of disease, the gradual loss of vision and hearing was all the evidence she needed. For some, however, it helps to know the enemy, its name, its direction of travel. Carol eventually was able to name her condition when at twenty-one years of age, she visited her GP. Subsequently, she was told that in fact, her condition was Usher Syndrome and was given a clear prognosis. “I didn’t handle it well in the beginning, and I did resort to alcohol for a couple of months. And then one morning I woke up and thought, I can’t hurt myself anymore. This isn’t the right thing to do. I’m going to find a cure for myself.”

Today Carol has picked up where her parents left off, is fundraising and is an advocate for visually impaired and deaf-blind people. “I’m very much involved with charities right now. Last week I did a summer school all about patient advocacy in the worlds of medicines and clinical medical trials.” Carol is on the board of Fighting Blindness, and at the end of 2018, together with two friends, set-up a charity in the UK called CUREUsher. “We’ve just given our first instalment of funding to a very exciting research study going on in the Netherlands.” Life is full as Carol devotes even more of her time to both The Anne Sullivan Foundation, which is the national association for deaf-blind people in Ireland, and the disability advisory panel for the Confederation of Golf in Ireland.

Carol has empathy for her parents’ dilemma and the decision they had to make that day at Great Ormond Street. “My mother would always be crying at the sink, crying peeling the potatoes. I would say, ‘Are you ok?’ She would say, ‘Yeah, I’m fine. I’m fine. It’s just the music on the radio.’ She’d make up excuses, and it never came out.” When Carol told her parents that she knew, they were devastated. “I can understand it because it was in a time that there was no internet, there were no connections with the outside world or whatever. They just said, ‘All we wanted was a cure for you. We didn’t tell you because we wanted you to enjoy life. We knew you were having a hard time with your hearing aids. And we just didn’t want you to have that worry.’”

Carol remembers parts of her eleventh birthday. “We went from the hospital, where I had electrodes in my hair, so I had glue in my hair, but because it was my birthday, my parents took me to John Lewis. And I got this really cool nighty, and I wore it in the hotel that night. Peter and Ann would surely have remembered a different day and Carol is amazed how they dealt with the news, “They were just so brave because we were all in the same hotel room. How they hid their pain, I’ll never know. I’m in huge awe of them, even to this day.”