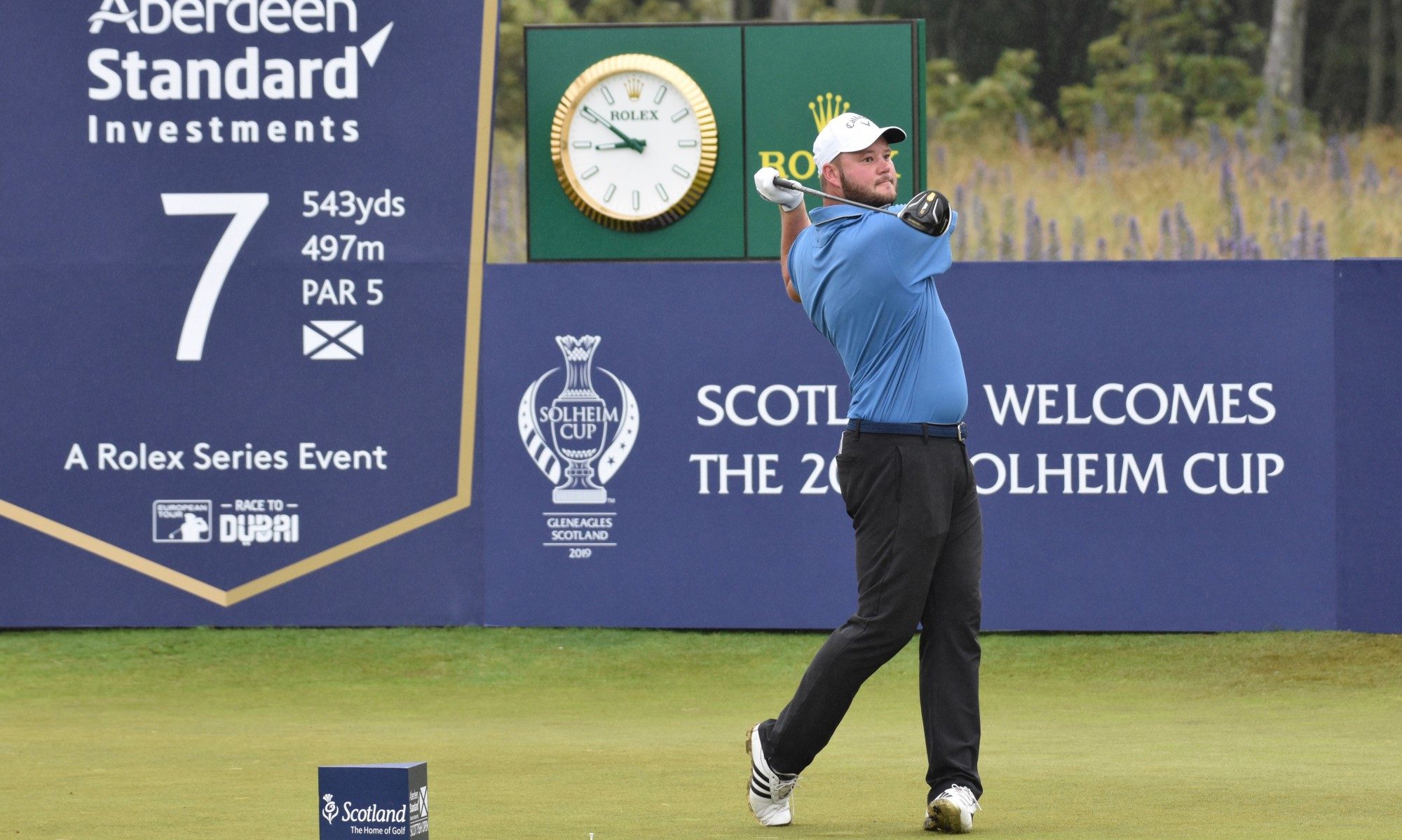 “I have learned a lot about myself since I lost my arm. I have learned to be patient and gained so much confidence through golf.“ “Buckle up – your life starts now,” says Reinard Schuhknecht, when asked what advice he would offer to someone who suddenly found that they had gone through an amputation. This gentle giant of six foot, five inches, who weighs in at over 200lbs, knows his mind when he says that life has changed for the better. He says that his accident is perhaps “the best thing that has ever happened to me.”

Reinard, now 28, goes by the nickname of ‘Rhino’, after the mighty animal that roams the southernmost tip of the African Continent. He was just 14 years of age when a freak accident resulted in the loss of his right arm. Reinard had been with his mates swimming in the Vaal River, before returning to his friend Alexander’s house. As boys of a certain age often do they decided to climb a wall so that they could jump into the pool and continue their afternoon of fun. This derring-do atmosphere collapsed completely when an electrical energy source jumped from the overhead power lines straight into the thumb of Reinard. 11,000 vaults surged through his body as it found its way to the earth, leaving the boy with an electrical shock that could easily have killed him.

The first person who tended Reinard found him without a heartbeat, and not breathing. While the fire brigade pulled him down from the wall, the ambulance crew made their hasty diagnosis and told his family that their son would have damage to his heart and lungs, together with kidney failure. He was admitted to hospital where he spent two weeks in a coma, the second of which was induced. During that time Reinard’s right arm had been amputated below the elbow. A shattered joint and then gangrene eventually resulted in a complete amputation of his arm, leaving just the smallest of stumps. Reinard explains: ”I can’t remember anything one week before, and for two weeks after the accident, although from time to time, I had flashbacks.” Reinard has no ongoing physical issues and incredibly the scans that have taken place since show no sign of damage to any of his organs. “I was lucky,” says Reinard. “Sure, I lost my arm, but it could have been so much worse.”

He adds: ”My family were very supportive, nothing was too much trouble. Actually, I think it took them longer to get over the accident than it did for me.” That family support manifested itself in many ways. There is the moral support that only family, relatives and close friends can provide and then there is the practical help. Things such as everyday tasks, travel to and from doctors appointments or rehabilitation sessions, and the constant motivation makes such a big difference to trauma patients. Reinard had the full package available to him, and he certainly benefited from it.

The rehabilitation process lasted a month, during which time he had to learn to write with his left hand. “I was fortunate that my grades in school had been good so I could take some time away. When I did return, I was allowed to use a keyboard but my parents, Karl and Louise, were having none of it,” explains Reinard.

Karl now runs the 53-year-old family auto repair shop in Vanderbijlpark, some 100 kilometres south of Johannesburg. It is perhaps ironic to think that for years the family had excelled in renovating cars but now it was time to restore their son. Reinard says: ”If I came across a problem, Dad and Uncle Anton would find a way to build a tool to assist me, it didn’t matter what it was, they were able to use their skills to find a solution.” It was Karl who first encouraged Reinard to go back to golf, a game which he had played for fun as a youngster. Using just his left hand he went to the J&B driving range, which was close by, “we decided to hit a couple of buckets of balls. It took me about twenty minutes to hit the first ball, but after that, things started to improve quite quickly.”

In a neighbouring bay another player, Wesley Bennett, was watching Reinard and offered him the use of a training aid. “I didn’t know this guy, and so it was a bit strange really. Every time I went back to the range, I tried to find him so that I could give him back the gadget, but I never could find him. Eventually I did, and we became great mates. He started caddying for me and ended up marrying my cousin, and so now we are family.”

Reinard continued to improve at the Dale Hayes Golf Academy and then moved on to the golf school in Pretoria where he completed his apprentice training for the PGA. Director of Education for the PGA of South Africa, Andrew Gunn, says that he was an excellent student to have around. According to Andrew, Reinard was very diligent and would not accept any short cuts. “Reinard is a really good guy and was determined to meet all the necessary requirements of training and playing ability with no special exemptions.” Now a fully qualified professional, Reinard embarked on his career as a coach and was soon inspiring his students at the San Lameer resort course. A knee injury and subsequent surgery have slowed him down a little, but he is now back playing and also working in the family auto-repair business.

Reinard is working on his golf with his new coach Petrus Volschenk, who is helping him to reach new levels. When at full tilt, Reinard hits the ball vast distances, and it is common for people to turn around not quite believing that he can hit the ball so far with just one arm. Reinard likes to learn and to make the most of his talent to play golf. “I have learned a lot about myself since I lost my arm. I have learned to be patient and gained so much confidence through golf. I took my first overseas trip when I was just 15 years of age, and have met so many nice people. I have travelled the world and feel that I am a part of an extraordinary family in golf,” he says, before pronouncing his gratitude: “If I hadn’t lost my arm I wouldn’t have had these opportunities. I would probably have ended up working in an office, and now my office is the golf course. No office could be better.”