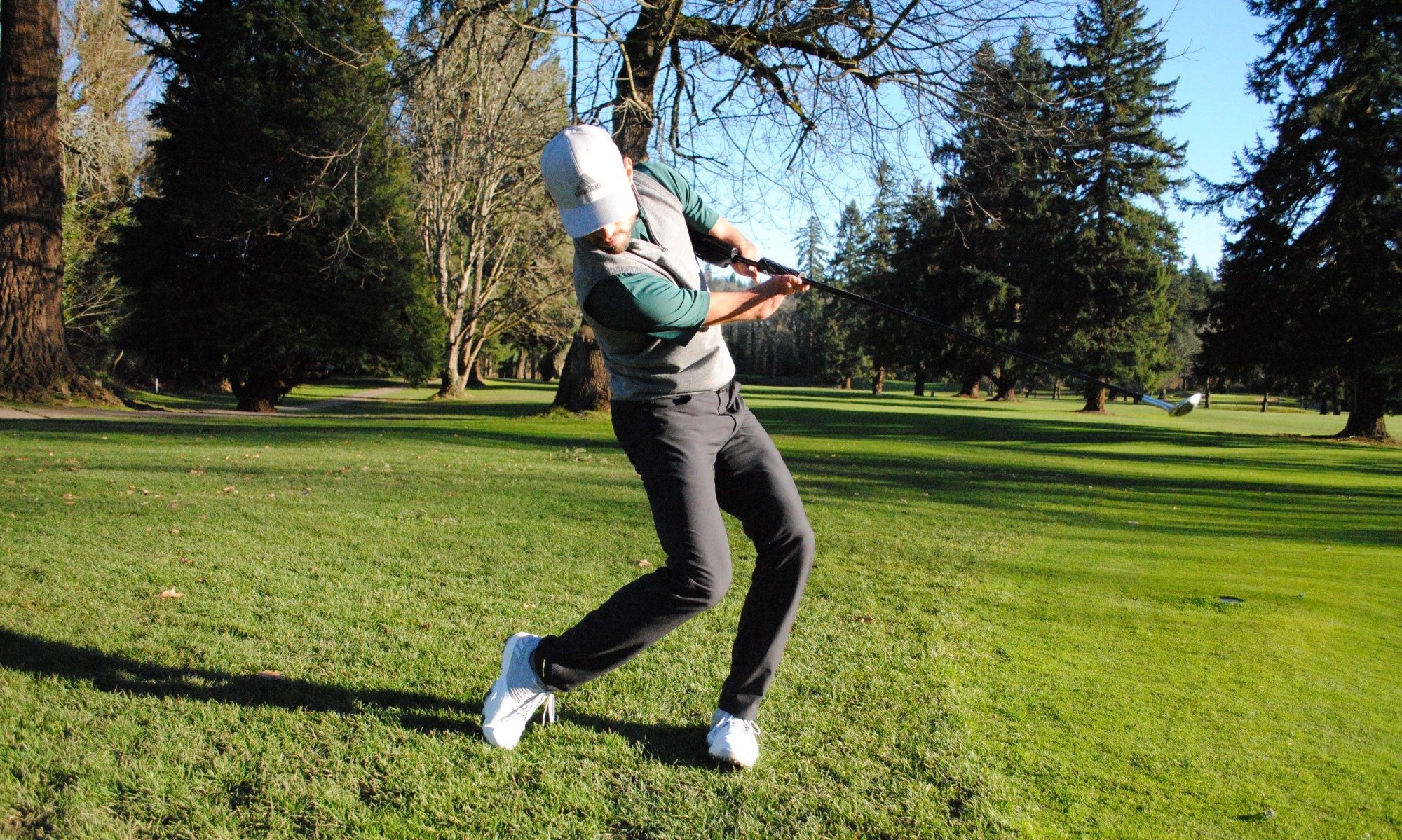 “Don’t give up on your dreams and do what makes you happy. If you want it bad enough, you can find a way to get it done.” Andreas stands silently, taking in the unique atmosphere of the arena. Adrenaline is coursing through his veins, and every nerve in his body is firing. His fight or flight response is primed, but even so, he is calm. He has not stood here before, it is a new experience, one which he is keen to learn from. For 15,000 years, countless others have shared the same sensation as they too stood on the edge of such a square. Many were from his motherland Greece, and yet today he is thousands of miles away in Kansas, the place where he grew-up.

With a growing sense of anticipation, Andreas takes a final look at the square of matting that contains within it a circle of almost ten paces in diameter. It is here where the activity is expected to happen, but in reality, the real action is taking place inside of Andreas as he prepares to take off his well-worn hoodie sweatshirt with a pocket in the front. Andreas is ready to engage in physical combat. Dressed in a singlet, he stands before his opponent and in front of the assembled group of coaches, teammates and supporters. The battle is so often fought in the mind, but there is always a story that pre-empts any action.

Andreas was born in Greece and was adopted from an orphanage in Athens by Bill and Christine, a couple from Lawrence, Kansas, who quickly made him part of their family. “I grew up in a decent size family everybody looks after each other. You might not always agree or get along, but you always look after each other. and you always take care of each other. That’s how I felt from day one, and still to this day.” In such a family he had plenty of company, lots of sibling banter and the occasional rough and tumble that is inevitable. “Being the youngest of three sisters and two brothers, I was taught…they knew that the world is going to be tough, and so they’re like, if we can pick on him, if we can toughen him up, or whatever, that’s helping him out. And I don’t know if that’s good or bad, but it worked.” Although his brothers wrestled and played football, sport was not a big thing in the family, especially when there were more important things to do around the farm.

Andreas recognised from a young age that he was different from everybody else, “but I wasn’t treated that way with my family.” As a kid, he was told that there would be chores to do, that he would need to clean his room, make his bed, and keep things tidy. “I was never told, ‘I’ll take care of it for you’.” These early life lessons have served Andreas well, and the family bond that he felt in those formative years has resulted in a strong sense of community. Sport offered Andreas an incredible opportunity to belong. “Sport always has been something that I wanted to get into, to feel part of the community, to feel part of something like I belonged. It started with soccer, it’s still my favourite sport to this day because I don’t have to use my hands. Once I was part of that, I became just as equal as anyone else on the pitch.”

Wrestling was another sport that Andreas immersed himself in. “I don’t wrestle anymore, I enjoyed the sport for the years that I did it, and it taught me a lot about confidence, to be able to get out in front of people,” something that he now does a lot in his new found passion for golf. “I was watching TV, and there was a news clip that came on about a gentleman named George Utley. To this day I haven’t met him, but I’ve seen some articles about him. He said he could do all these things…playing basketball…playing pool…and he’s playing golf.” Incidentally, Andreas has a condition called Phocomelia, which means that he has short arms. Seeing George, who has the same condition, take his club, put it under his arm, stand to the ball and give it an almighty hit inspired Andreas. “I saw how he did it, went outside and grabbed a piece of wood that looked similar to the paddle that he used under his armpit, and kind of just mimicked a swing,” says Andreas. “I was like, that’s it, I can do this. Now, I need to get a club at the end of this, how do I go about that?” The answer emerged from the Athletics department at the University of Kansas, KU for short. “I went to the golf coaches [at KU], and I said who do you guys know that builds clubs or who would be willing to do something crazy and see if we can build some clubs that might work for me? They gave me the name of a local fitter in Kansas City named Bob Boring, and I went and talked to him. He loved the idea, he thought it was great.”

Andreas had started his golfing odyssey, one which would involve trial, tribulation, highs and lows, just as it is for any other golfer who is just getting started. Above all it was fun, Andreas and his buddies learning the game together, figuring out how to hit the ball better and enjoying every moment. “We didn’t know that there was anybody else other than the George guy, and I watched a lot of his videos, that’s where I learned that kind of swing of the hip like a hockey-style.” The practise didn’t frighten Andreas, “I’d just go out there and hit ball after ball after ball, until I figured it out.”

Following college Andreas got a job working at Milburn Golf and Country Club in the Kansas City area. After work, he would rush down to the range to hit some balls and occasionally get out on the course. His game was developing. Slowly at first, but every week he would see some general improvement. “The golf pro there was very friendly, and he gave me some tips and pointers, but again at the end of the day, no one knew how to swing for me. It was all up to me to figure out where the ball best fit in my stance, what kind of movement I needed to do, where I needed to bend my knees. I just went out, until I eventually developed a decent swing.”

Karsten Solheim, the founder of PING, realised that everyone was different and if they were to play their best, then they should use equipment that fits their needs. The company he founded is legendary for being the first manufacturer to put custom fitting at the core of its business practice. Who better to help Andreas? Karsten’s son, John Solheim, who now leads the company, met Andreas and made his engineering and club fitting staff available to find a solution. “It’s just a wonderful crew down there, they treated me just like a pro. I actually got to meet a couple of pros when I was down there. I met Hunter Mahan and Michael Thompson. It was cool to see pros on the range working on their game, getting their clubs dialled in, and then here’s me…super, super green in the game of golf and just standing there trying not to look like an idiot. I was thrilled that someone would even care that I could swing a club, let alone some pros that are out there getting paid to play the game that they love as well. It was just a surreal experience to get some clubs made by a great organisation.”

Through the association that Andreas had with the PING company, he found out about the adaptive golf movement, first in the United States through the United States Adaptive Golf Association and then in other parts of the world. The 2017 PGA Show in Orlando opened his eyes. “Back in the corner by the PING stand, there was an adaptive golf centre, and I got to meet some really amazing individuals playing the game and learning, and overcoming all the challenges and obstacles. And I was like okay well, I have a home here, this is awesome! The adaptive golf community has been a pretty cool group to be a part of, and it’s only getting bigger.”

It seems a while since Andreas stood by the mat in his hoodie. The sweatshirt was perfect, just the right length to hide his arms so that no one would notice. Initially, it was wrestling that gave him confidence. “I wrestled, and I exposed myself to more people… being on the wrestling mat, not being able to hide. Being in front of everybody, gave me the confidence to walk down the street wearing a tank top and you know, not to worry about what my arms look like, it just happens to be who I am.” Andreas says he has his Phocomelia in perspective, is in awe of other golfers with disability and is immensely grateful for his life to this point.

Andreas is kind around other people. He puts them at ease and helps them feel good about themselves. His message is simple: “Don’t give up on your dreams and do what makes you happy. If you want it bad enough, you can find a way to get it done. It’ll be tough, it’ll be hard. Most good things in life are always tough and hard. You have just got to find a way to persevere and get through it. There’s never an easy button.”

Andreas stands at the edge of the tee box.  The adrenaline is coursing through his veins, and every nerve in his body is firing, yet he is calm. He has stood here before, it is not a new experience. Others have stood at the edge of this very tee box before. Many have shared the sensations that Andreas is feeling. The starter calls the players: On the tee from Kansas City, Andreas Brandenberger. Andreas in his own words:

How did you get involved in golf in the first place?

You got some help with your game, but how did you improve?

How did you first get involved with PING?

What did wrestling teach you?

Tell me about day to day life?

Tell me about your view on inclusion?

What are the things that matter?

What advice do you have for someone in a similar position?