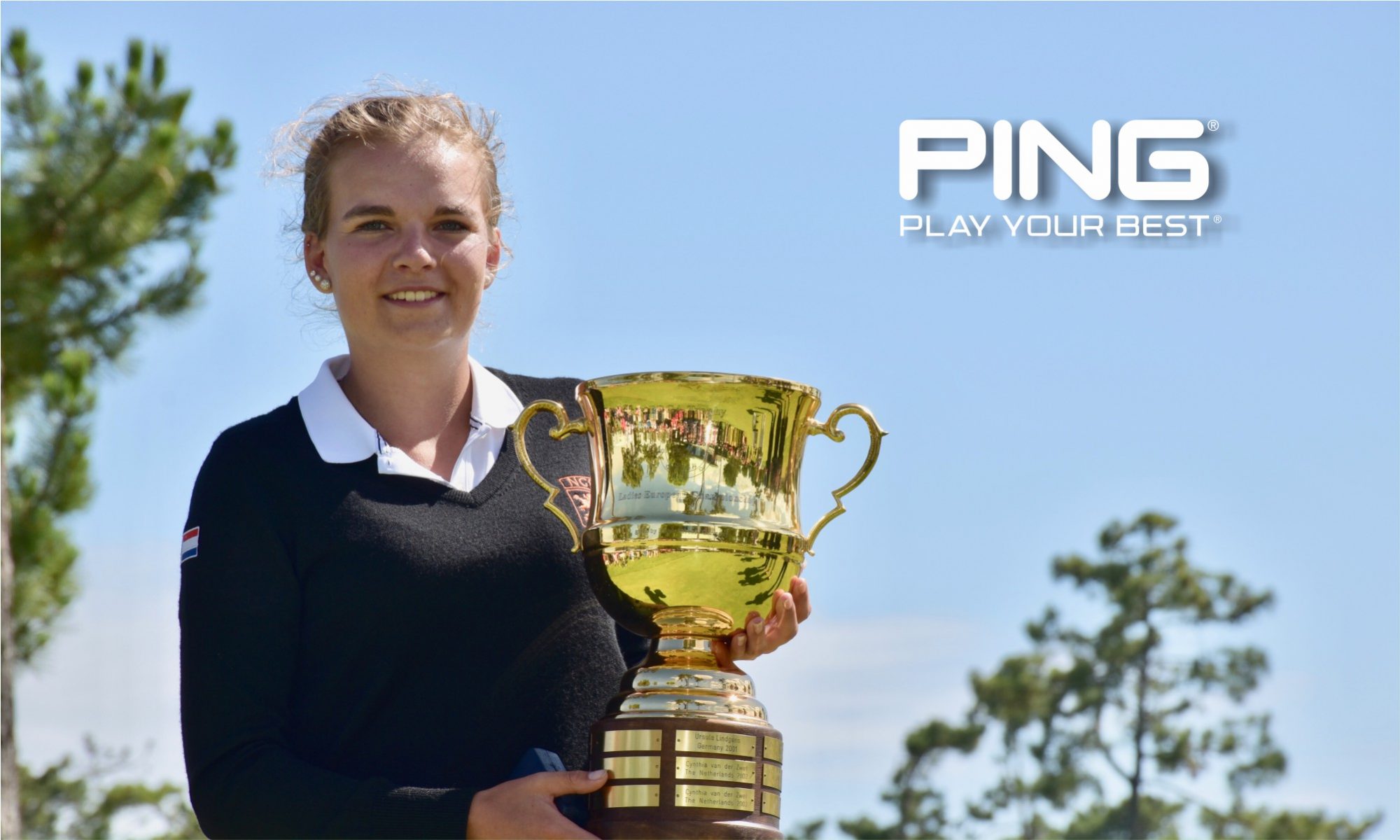 Golf is often cited as being a precise game, one in which a single degree can make a huge difference. Just a one-degree deviation of the clubface at the point of impact can result in the ball finding the trees rather than the fairway. For Daphne van Houten, a single degree would have made little difference to the way her spine functioned. Daphne explained that for most people a spine that is positioned between 0º- 10º from vertical generally works fine, so when she found her spine was at 52º it was time to do something about it.

Daphne, born in the University town of Utrecht in the Netherlands, had started to play golf when just six years of age with her parents Henk and Monique, but golf was not everything in her life. Handball was another sport that she excelled in and just a few years later she would have to make a decision, but in the meantime sport, of any kind, was fun.  Playing with her parents at Almkreek helped Daphne to develop enough skills to gain a golf handicap.

All children around the age of twelve are required by law to attend a physical screening. It was at this screening day that she and her parents learned that her back wasn’t straight. “I went to the hospital, got it x-rayed and that is when they found out,” says Daphne. With those words from the doctor, Daphne knew that she couldn’t play handball anymore, “When you jump and land then your spine will compress, and I knew that because of that my back was getting worse.”

Daphne chose to play golf as she couldn’t find it in herself to give up both sports at the same time, “At first I didn’t notice that my back was getting worse…but when you practice one sport in one way, then it was not good.”  After only a few months it was clear that she needed to take action to stop the spine from getting even worse. Together with her father Henk, they decided that she should not have an operation until she had finished growing and so she went into therapy in Germany. “It was an intern therapy where I did exercise from eight o’clock in the morning until six o’clock in the evening,” recalls Daphne. She fully embraced the programme with Katharina Schroth, and reduced the Scoliosis of her spine from 50º to 37º which was an excellent return on her investment of time, but she realised, “I would have to repeat the exercises everyday for an hour… and I didn’t have the time… so when I got to the age of seventeen then I decided it was better to get an operation.” Life has a way of preparing people for the key moments. As we mature from infancy to childhood, adulthood to midlife and maturity to old age, we tend to learn vital lessons, emotionally, physically, spiritually and cognitively, so that when big decisions in life come along from time to time, as they inevitably will, we are prepared. Daphne recalls the time around her operation she had to make such decisions, “I was thinking a lot about the negative things in my operation, but there are also a lot of positive things. I just needed to focus on those. If I didn’t have the operation I couldn’t even walk by the time I was thirty, because of the pain, maybe I could only lie in bed.”

With such a complicated operation there was plenty of opportunity for something to go wrong. Intuitively Daphne realised, “I knew that it was better to do the operation, because I was in a lot of pain before,” the operation lasted for almost eight hours during which time the surgeons built a scaffold for the spine that would support it by using pins, plates, bolts and screws.

Daphne recalls the time around her operation, “I was told that I needed to stay in the hospital for one week, but I hated the hospital and so did everything I could to get out.”  The medical staff had told Daphne that she needed to climb the stairs before she would be free to go home. This was just the motivation that Daphne needed, and only four days later she went home. It seems that home healing was good for Daphne, as just two weeks later she was once again making a few half swings and hitting shots.

The recovery was quick, even though she didn’t have a goal in golf, “I don’t have a goal, I just want to enjoy it…to have fun,” says Daphne who revealed that she has pain on a daily basis, “You just get used to it. It’s there…everyday. I don’t take painkillers anymore because I [would] have to take them always, and it’s not good for you. But it’s routine – you get used to it.”

Today Daphne is the European Golf Association’s Champion Women Golfer with Disability, a title she won in June 2018 at her first attempt. “When I got home I got compliments from everyone, and that is when I started to notice what I did,” says a slightly surprised Daphne, who only the year before had taken a break from golf when she stopped enjoying the game. Daphne had felt like she needed to play even when she didn’t want to. Much to her amazement, after being out for just four months she realised that she was addicted to golf.

Once upon a time, Daphne had the goal of playing on Tour, but today she recognises this may now be out of her reach. Her thirst to be involved in the game, however, is far from being quenched and she is now in the second year of a sports marketing and management degree in Tilburg at the Johan Cruyff Academy, “This is my Plan B, you always have to have one,” says Daphne who has also given some golf lessons to little children and found that she really enjoyed doing so.

Plan A, Plan B or Plan C, who knows what the future will hold for Daphne van Houten. A small adjustment in her current direction by just a degree or two could see Daphne taking a role in sports management, professional golf or something entirely different. In any case, Daphne will step confidently into the future with the knowledge that some of life’s big decisions are already behind her.