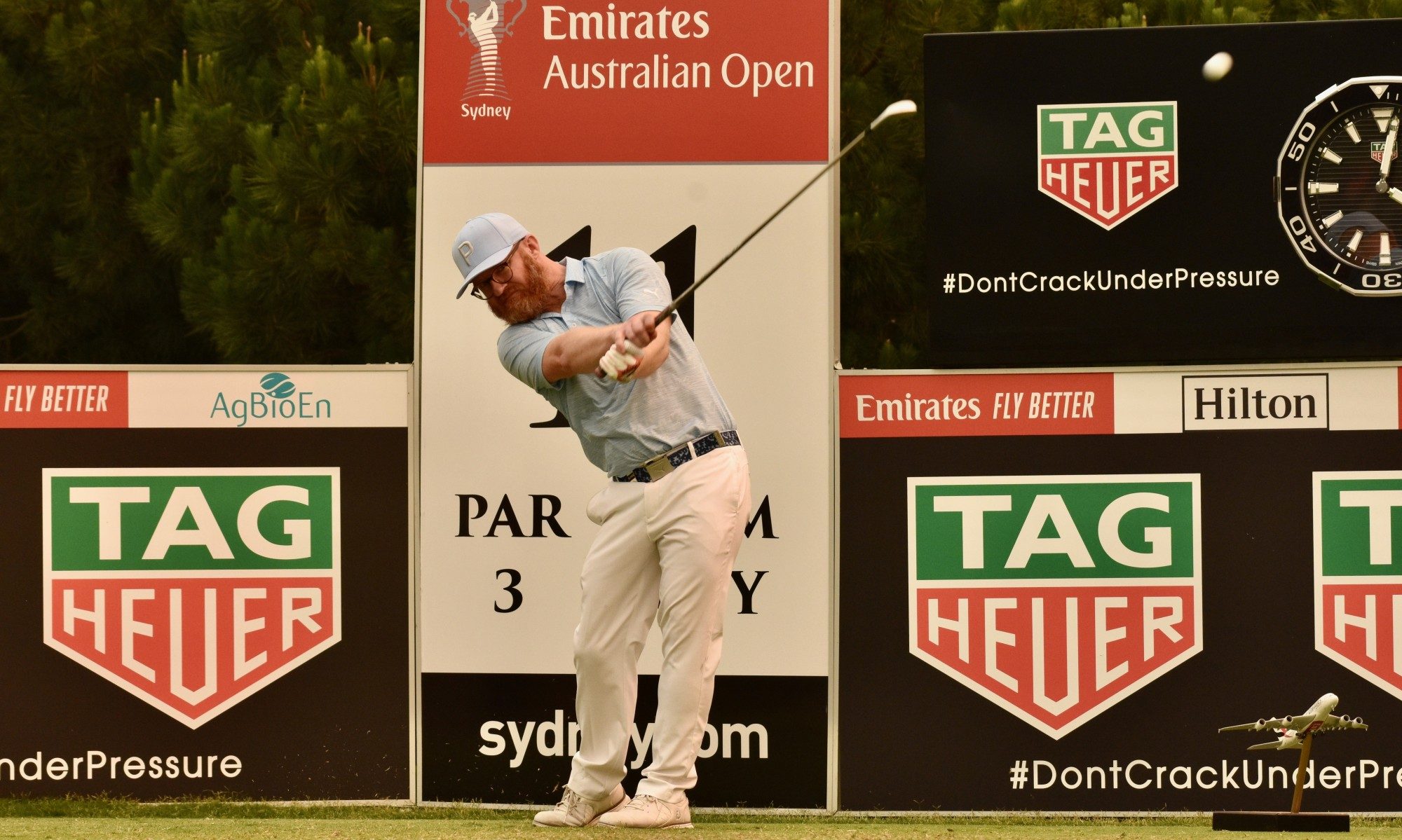 “Golf for the disabled has changed quite a lot, the competition has got harder, there are more good players now competing.” Twenty centimetres, depending on the context, can make an appreciable or insignificant difference. Twenty centimetres too much fabric will cause no real problem to a skilled tailor, whereas the same length short could cause an insurmountable challenge. The tailors perspective then makes an enormous difference. If she looks at a shortfall as an opportunity to redesign, or as a challenge to overcome then her attitude will be generally positive.

Johan Kammerstad views the twenty centimetres difference he had in leg length as being merely something that he had to deal with. Three leg lengthening operations, the last one when he was eighteen to gain an additional seven centimetres, have resulted in Johan doing away with the lifts that he had previously used under his right shoe. Born without some bones, and a lack of muscles in his right leg, there is a knock-on effect into the knee which moves differently than that in his other leg. “It did not grow at the same rate as the rest of my body,” says Johan with a matter of fact tone in his voice, “But it does not affect me, and it is all I have ever known.” Pragmatic perhaps, realistic certainly, it seems that Johan has found a comfortable place, one which is grounded in the realisation that golf is important to him and that he can play the game well regardless of his disability.

It all started in his parent’s back garden when just eight years of age. Eva and Lars wanted the best for Johan and Lars who already played golf encouraged his son to take a few swings. According to Johan, he was bitten in the first moments. The various ball sports he had previously played started to fade away, and eventually, golf took centre stage in this youngsters’ heart and mind. One of the many things that Sweden is famous for is its junior sports, which are often operated by clubs, some professional support and with the help of volunteers. Johan joined the local golf club school at Eskilstuna Golfklubb where he found Scottish professional Alastair Scott Robinson. It was this school and the trainers there that helped add salt to the already golf thirsty Johan. The development of his game is a testimony to the commitment he showed to training along with the technical support he received in those early days.

By 15 years of age, he was competing in local and regional mainstream events and further honing his skills to reach an impressive two handicap. But it was time to put his clubs away and to undertake the last of three major surgeries when he was just 18. It was almost two years before he picked up a club again in earnest. The upward trajectory in his performances was soon back on course, and it was not long before he reached the rare status of becoming a scratch golfer. Johan continued his development, reached +1 handicap and then took the decision to turn professional and join some events on the Swedish Golf Tour. Competing with players who have now gone on to become household names around the world such as Alex Noren, Johan enjoyed the experience but also realised that the competition level was very high. By the time he was 25 years old, he had taken, what in his own words was a “real job,” golf then could revert to being a fun thing to do. Competition is still important to Johan, and as a four-time European Champion 2000, 2006, 2008 and 2010, he is always one to watch when the big events come around. “Golf for the disabled has changed quite a lot, the competition has got harder, there are more good players now competing,… and we play better courses,” says Johan, whose major competitor for many years was Dane Stefan Morkhölt. New players coming into the golfers with disability tour and the Swedish Handi-team helps Johan keep on top of his game, as he realises that he has to keep performing to retain his place with the young pups snapping at his heels, “Everybody in the team treats each other as friends and there is no hierarchy amongst the guys.”

From Johan’s perspective, being involved in golf as a player in the Swedish team and working in golf as a purchaser in a golf store is great fun. He thinks that it would be great for golf to get in the Paralympics and advises those who would like to play the game with words of encouragement, “Just play, get a PGA Professional [for lessons], and adapt your equipment, then recognise that everyone does it differently.” Good advise from a man who has seen the game change before his very eyes and understands that this process will continue on for years to come.

At the recent Henrik Stenson Foundation Handi-Camp, which is supported by The R&A, Johan received a personal lesson from the 2016 Open Champion Henrik Stenson, who is often described as an all-around good guy. “I really appreciate the time and patience that Henrik devoted to myself and the team” says Johan who along with the other team members learned how Henrik prepares for the worlds biggest tournaments. more…

Johan played very well in the 2018 European Championship for Golfers with Disability which took place in Troia, Portugal. The event this year was organised for the first time in a collaboration between the European Disabled Golf Association and the EGA, meaning it was also the first time EGA medals were awarded to the individual winners of the event’s three categories. Johan mounted an early charge on the final day, starting his round with an eagle on the first hole and a birdie on the second.

Kammerstad shows class in Kalmar to win the Swedish Open. The Swedish Open, a key event in the European Disabled Golf Association (EDGA) calendar, has been hailed as a great success with victory going to home nation player Johan Kammerstad. Johan controlled his golf ball brilliantly to win the Category A gross event, with rounds of 74 and 75 to become the champion for 2016, winning by 10 shots from second place fellow Swede Joakim Björkman (78, 81).